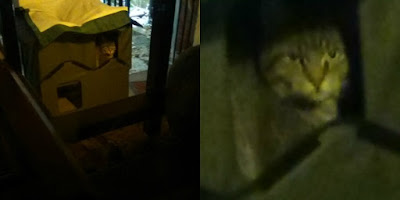 First snow. Fiona and Buddy were each in a house, then they paired up on the second floor to keep each other warm. 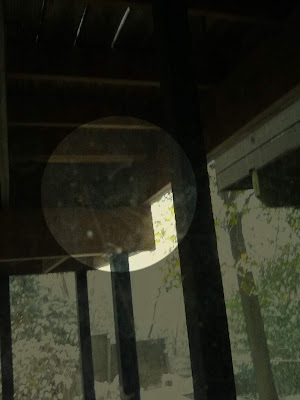 Alfie still doesn't like being enclosed and is opting for a beam underneath the deck. I'll have to work on him about this.
I don't know where Liza stays these days. She was one of the first cathousers when she was young but she's a crazy old lady now and hasn't partaken. I will make sure there's room at the inn if she changes her crazy little mind. 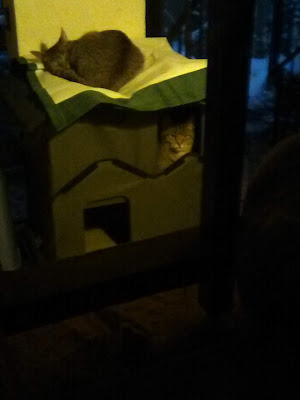 Okay, Alfie (who doesn't like being enclosed and has been sleeping on the roof of the cat houses) came down from the beams to do just that. That's a thermal tarp beneath him, so I hope it reflects body heat in some small way. He looks cozy enough. 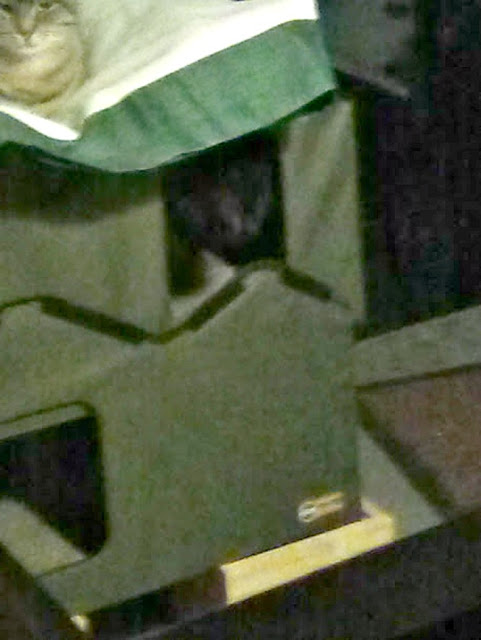 LIZA is in da house!


We discussed our concern yesterday about Liza (the crazy old girl who hasn't slept in the parameters of cat house central for quite a while). This morning I checked to see how breakfast was coming along and there's Liza in one of the doorways of the Cat House.


I HATE my stupid phone. It is so user unfriendly that I miss a ton of awesome shots. Too much activity (by me) will get the Space Monkeys uneasy and they'll take off for a while.


That's why a lot of these pics look like photos of Bigfoot and Nessie.
I'd rather err on the side of their comfort than winning Pulitzers for Photojournalism. 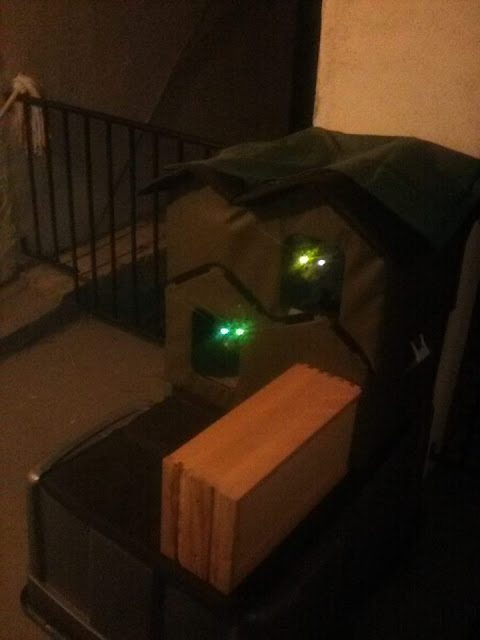 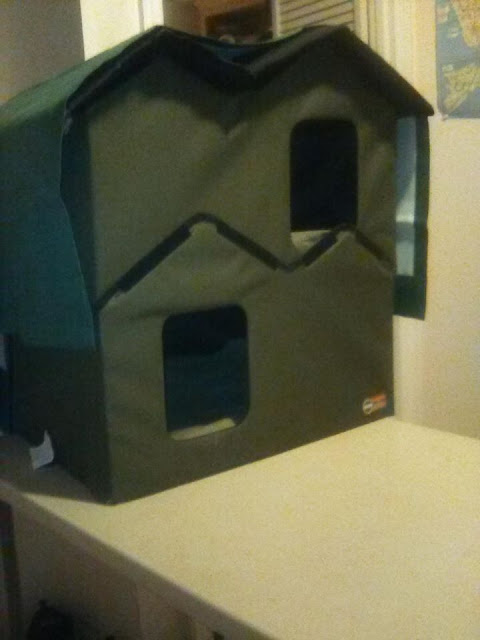 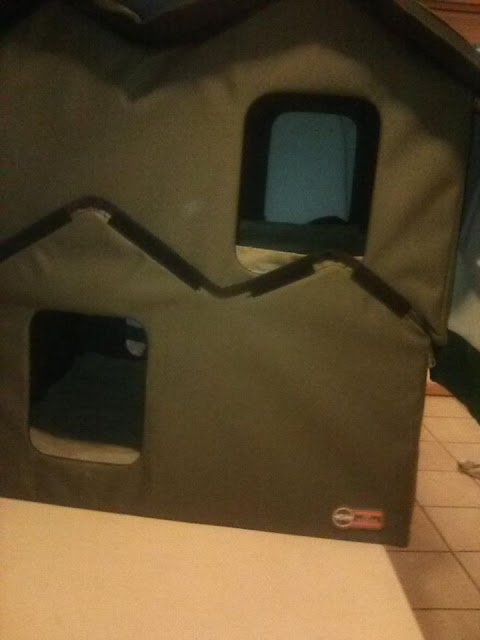 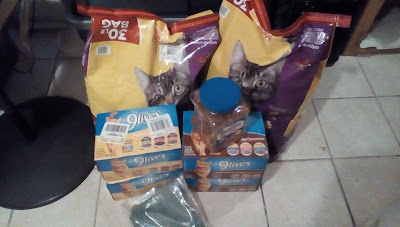 A couple of days late because of the hurricane but...


A really nice donation to the cat fund made this possible. 60lbs of dry food, 120 cans of wet food, a BIG jar of treats and that green thing on the bottom is another thermal tarp for the cat houses when I put them up again. Thank you so much, Karen :) <3

Space Monkey Update August 2018
Grem August 2017
I was just thinking last night how I haven't posted any Space Monkey news for quite a while. The main reason is I haven't had a camera on my phone for ages. I've been doing all pics and videos on my Amazon Fire which is so old and slow now it's near useless.
Everything has been good except for, of course, our two sad losses. Earlier this year Elsa (http://heatercase.blogspot.com/2018/03/very-sad-news-elsa-died-yesterday.html)

and that little baby I found on my steps (http://heatercase.blogspot.com/2018/05/sometimes-best-we-can-is-all-we-can-do.html).


Liza is a crazy old lady now (they age so quickly out there). She doesn't hang with the group but, sure enough, knows when breakfast and dinner come out of the magic door.


If she's late, I throw a little plate out there for her.


Then she goes off to whatever hermit hideout where she spends her day and night.


The 3 Amigos are all grown up and each has their own personality.


Grem is Grem (see video). I've decided to keep her outside 98% of the time. That's where she wants to be. She wants to hang with the gang. I think she's been instrumental in socializing the colony as well as it is.


I still bring her in for maelstroms and fireworks.
I'm not even going to try to throw a flea collar on her- plus they are dangerous for mostly outside cats (accidental hanging).
It's been a year since she was rescued, terrified and doomed, from that terrible steelyard with the sparks and HEAVY machinery and mud.

She's VERY friendly to me. She's like a regular house cat. I can pick her up whenever I want to and she'll tolerate a big smooch and everything, but she is still very wary of others and I'm glad since she's spending so much time out there


Friend of Moon Base Heater Susan is sending some nontoxic topical flea and tick lotion (thanks!).


We'll see what happens then.


To stock up extra well for Autumn and Winter, I'm gonna bump up the target and ask past contributors NOT to donate any more than you have (you've already been wonderful) but rather share the link again so we can get some new eyes and ears out there.


Later this month I will do my first big order from Walmart.com, as they are giving Amazon Prime a run for their money (and I fired Amazon Prime over a year ago). Walmart has some awesome prices on cat food and free delivery and all that stuff.