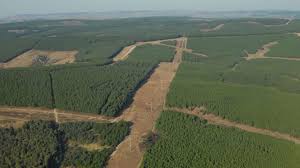 The Great Scape
by Heater Case

There comes a time when a man and a woman love each other so very, very much that they hug each other in a special way and that’s where you came from.

Okay, I think we’ve all had that talk by now, although sometimes I’m not so sure.

There also comes a time when hair starts to grow on the man’s back. Okay, it may NEVER happen, but I’ve yet to see that.

The term ‘manscaping’ has been volleyed around for the last decade, from Park Avenue penthouses to spartan walk-up flats where one basks in the post lovemaking glow while looking out upon the Champ-Elysees.

Allow me to introduce the concept of The Punnett Square:

A1) Hairy Guy who is adored by their lover (and others) for said hairiness.

A2) Hairy Guy who doesn’t give a rat’s and is perceived as gross by prospective suitors.

B1) Guy who gets his back hair removed and enjoys the contingent hubba hubba wink wink.

B2) Guy who gets his back hair removed and still couldn’t get laid if he was on a desert island with ten thousand blindfolded sex maniacs.

Here’s what I know. My back hair got thicker after I had a girlfriend shave the first crop of fuzz and it’s been a vicious cycle ever since. I know there's a culture of women who go nuts over human gorillas. I also know it makes me twice as hot in the summer. Plus my heart skips a beat when random hairs suddenly change position beneath my shirt and I’m not sure if it’s a hair or a tarantula planted by a double agent.

Getting your back shaved usually means a messy and time-consuming affair that involves somebody else and that somebody else would probably rather be doing something else.

Someday I think I'll get my back lasered. I was told that it takes several visits as human hair has some kind of four-week cycle.

That leaves the infamous waxing.

As much as I wouldn’t trust a guy who says, “Have I ever lied to you” I’m telling you the truth here.

Years ago, I bravely entered a salon in a local chain called Elizabeth Grady and I was assigned to Marianne. Marianne was a tad older than the other ladies, but it was obvious that she applied her extensive beauty care knowledge to herself as well.

I had a very strange relationship with Marianne. She would rip dried wax, hair, dead skin (and what felt like ribs and lungs) off my back with unblinking perseverance.

Then I would ALWAYS opt for the Luxury Back Treatment, which was an hour of caring steam, lotions and potions, ending with what seemed like an endless back rub. I would mentally calculate her tip during that last phase, “$40… $50… $60…”

For the last twenty years, I've maintained a pied a terre in New York City. Despite the romantic term, it's basically a walk-in closet that comes with keys and a lease. The closest thing to an alfresco repast is a grilled cheese sandwich and a bottle of Two Buck Chuck.

It was in NYC where I met Marcela.

Marcela is a passionate and cheerful Angel of Mercy. There’s no luxury back treatment, but she also does pedicures! More about men getting pedicures at some other time.

Marcela confided that many of her clients were members of the adult film industry. I didn’t even want to know what it feels like to get punched in the nose ‘down there’.

I asked Marcela that if it ever came up with the front desk ladies to go ahead and tell them that I was one of the adult film actors.

Okay, I’ve never lied to you but, via Marcela, I may have lied to the ladies at the front desk.