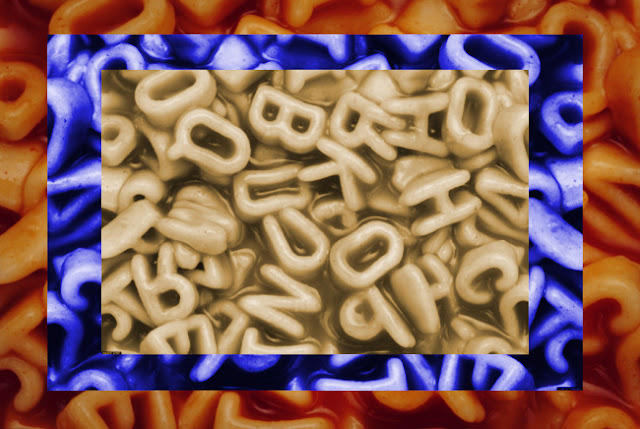 I’m not sure how long ago it happened, but there was a misfired spark in the primordial soup of contemporary American English. The first instance I can remember was in late 1965 when Stevie Wonder joyfully sang the phrase, “Baby, everything is alright. Uptight! Out of sight!”

Within weeks it seemed like we all woke up in another dimension. Quite possibly the one where Mister Spock has a beard.

Huh? Stevie wasn’t singing about any of that stuff. I checked.
I know English has been an organic snowball rolling down the hill of time,  picking up pebbles, twigs and leaves along the way. Otherwise, we’d still be using Thee, Ye, Thy, and Olde on a daily basis. But waking up one morning and a certain term now means the exact opposite than it did the night before?

Some words have disappeared overnight, leaving other words to nervously double lock their doors when they go to bed. One day we said that we ‘were in the hospital’. I guess we were ‘in the hospital’ for an articlectomy because the next day we were telling everybody that we had been ‘in hospital’.

Yeah, okay, I know what happened in this case. Somehow we decided to speak Canadian. I guess this was our olive branch for not switching to the metric system.

Well, have you ever wondered why people seem compelled to answer questions with the word well? See what I did there?
Watch TV. Talk to people. Where did this ‘well’ come from?

Remember when you’d be flying somewhere, and the captain came on the speakers they’d usually stretch out the first word of whatever they were going to say.
“Gooooood afternoon, ladies and gentlemen, this is your captain speaking.”

This was because most of those pilots were former military and used a hands-free voice-activated microphone fastened around their necks. The long drawl of the first word activated the mic.
This isn’t the case with this ‘well’ stuff. It has no intrinsic value and adds nothing to what you’re saying. Mass media has had an impact on our language for decades.

I have some theories, beginning with Ronald Reagan.

Reagan began every answer with a soft and pensive sounding ‘well’. This became the bedrock for any comedians doing impressions of the president back then. Catchphrases and buzz words have marbled our conversations to the point where people no longer talk to each other. They perform to each other.
We delve further. Stay with me here.

The worst liars in the world have an obvious tell. When asked a question, they respond immediately by repeating the question. This is to buy time while formulating the lie. The more times the question is repeated, the more wheels are turning to get out from under the interrogation.

Has ‘well’ become the new ‘uh’ and ‘um’? The uh and um are bad habits that are the bane of public speaking, from debate class to broadcasting. They can be unlearned but it takes discipline and tenacity, much like learning how to twiddle your fingers in opposite directions (I’ve done it).

Did this become a reflex in our everyday speech? Go ask somebody a question. See how many people start their answer with a ‘well’. Even scarier, see how many times you do it without even knowing it.

Oh, look at the time. We must bid farewell to Ronald Reagan and stolen cookies.
The next attribution goes to, of all people, Rocky Balboa.

“Absolutely.”
That was the first time I ever heard somebody answering a simple question with a universal affirmative encompassing all known matter and energy. A bit of an overkill if you ask me.

Apparently, the universe thought so, too. It swung the pendulum back in the other direction towards the finite, the specific.

“Exactly.”
Lo and behold, the two became interchangeable. Sorry, Scottie, we changed the laws of physics.
“Are you going to the party tonight?”
“Absolutely! It’s going to be a blast,”
“Exactly! Well, I’ll see you there.”

But we’re only scratching the surface here, aren’t we?

Somewhere in the subatomic realm, somewhere deep inside the word ‘right’, possibly deep inside the letter ‘G’, is the indisputably concise nexus of all things affirmative. It can only be seen with an electron microscopic but if you are conscripted into the Sacred Order Of The Exactly Right it’s game over. Forever. Ad Aeternam. Twenty-four/seven/three sixty-five/eight days a week. You are the rightess person ever.
The twenty-first century gives us the futurespeak we only saw in A Clockwork Orange and Idiocracy. We made it! We live in interesting times and some of that has to do with the sounds we make while we wait for our flying cars.
“Would you like to go steal some cookies with me?”

Apparently, both these phrases mean ‘no’.

Yep, we’re definitely in the future only this time we’re all Groot.